The Swedish company Groth Kaross specialises in equipment for trucks and other vehicles, including specially designed OB-trailers (Outside Broadcast) for radio and television companies in the Nordic region. Groth has delivered OB-trailers to the Finnish YLE and the Norwegian NRK. 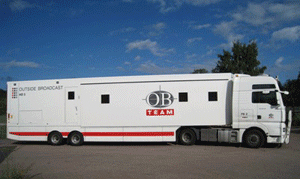 The OB-trailers developed continuously in terms of the latest technology. The harsh Nordic climate puts great demands on body and moving parts. There are also requirements on ventilation, insulation and suspension, and on flexible storage of heavy specialised equipment.

In the spring of 2011, Groth produced “HD3” to the Norwegian OB team. This was the first Scandinavian OB- 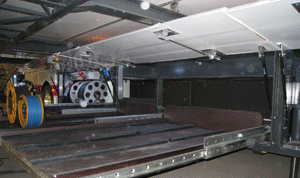 trailer that could carry out production in 3D. Extraction rails were mounted for storage of cable drums. Rollco delivered six telescopic rails type DSS43 for this project. This type was chosen because of its high load capacity (up to a ton for one set of rails) and minimal deflection in extended position.